Another year, Barcelona welcomed the new year in the Maria Cristina avenue with the New Year’s Eve party.

The celebration, with a mediterranean and representative tone of the city, starred in a spectacle that linked, on one hand, a surprising design of light and, on the other, the architectural elements of space. The 4 columns of Puig i Cadafalch, served to create the great symbol of the passage of time, the clock. The pyrotechnics were a key element of the celebration, combining with the water and lights of the fountains of Montjuic.

The celebration, promoted by Tourism of Barcelona and the Barcelona City Council was produced entirely by Focus Events, directed artistically by Jaume Bernadet and with the direction music of Santi Arisa 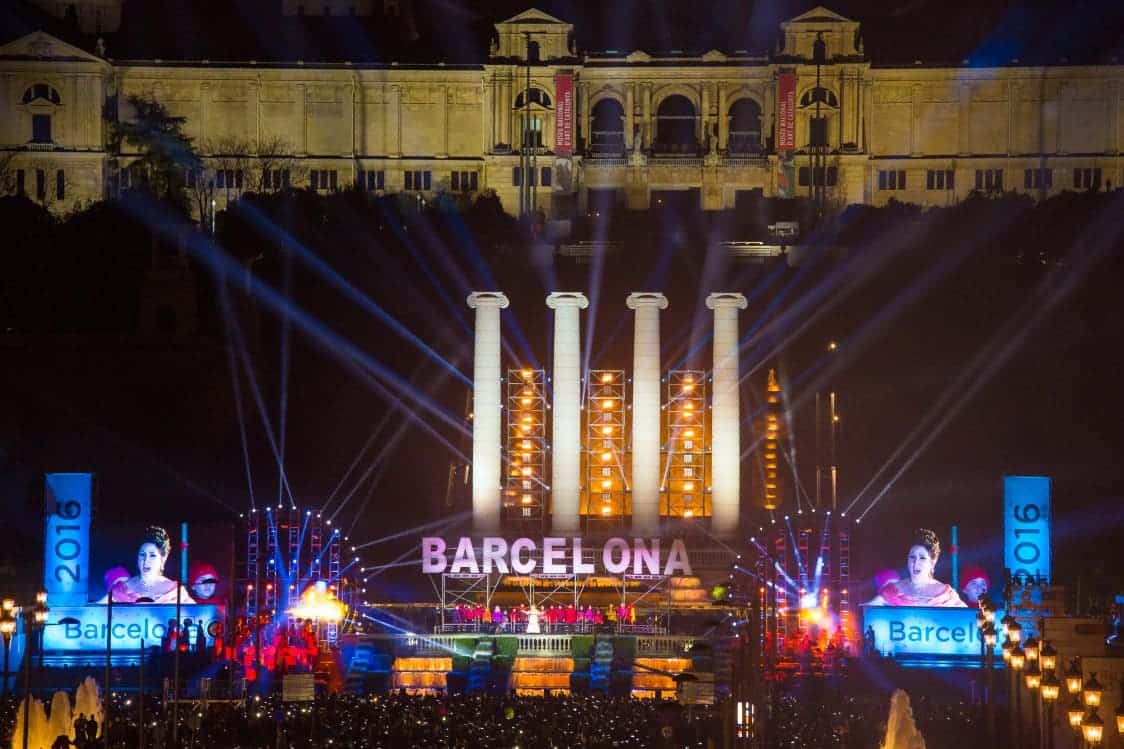 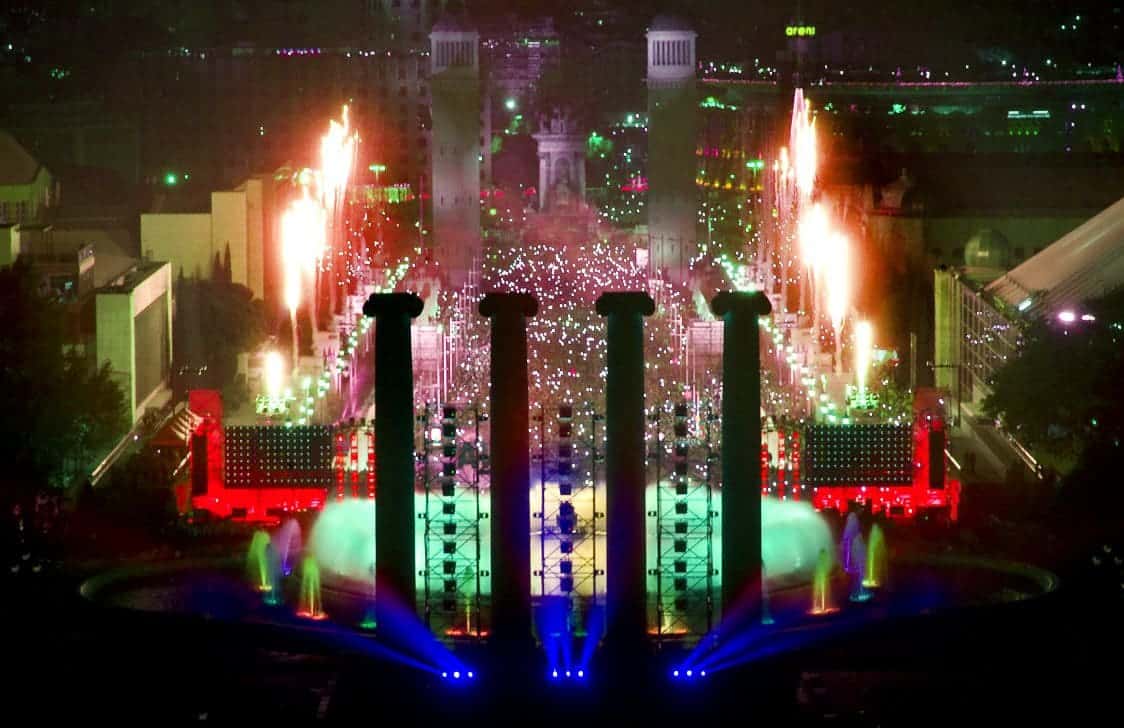 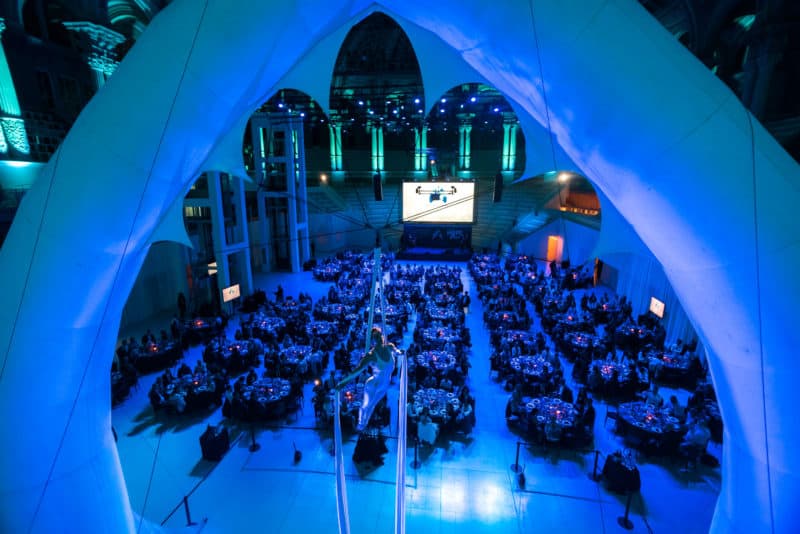 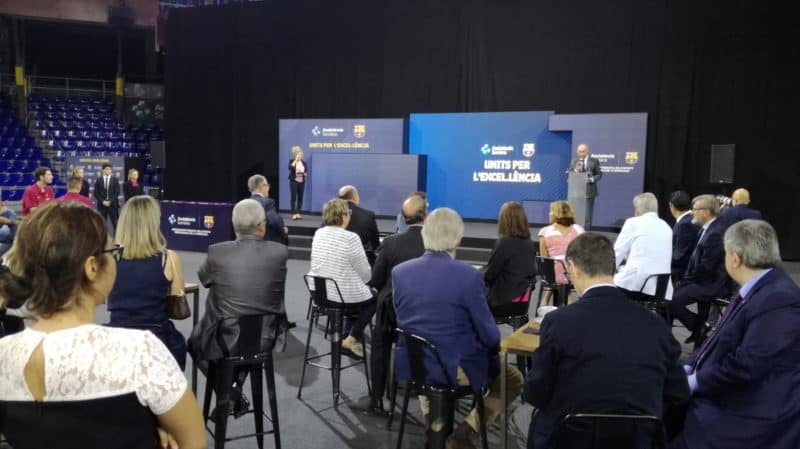 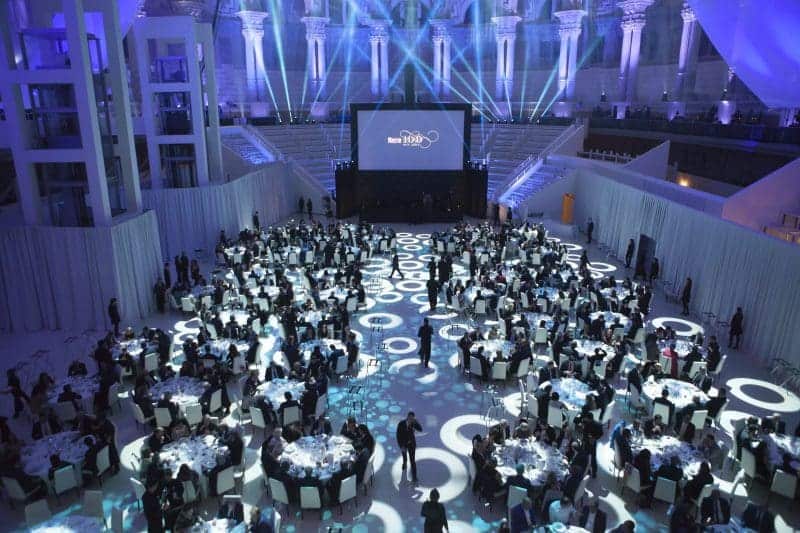 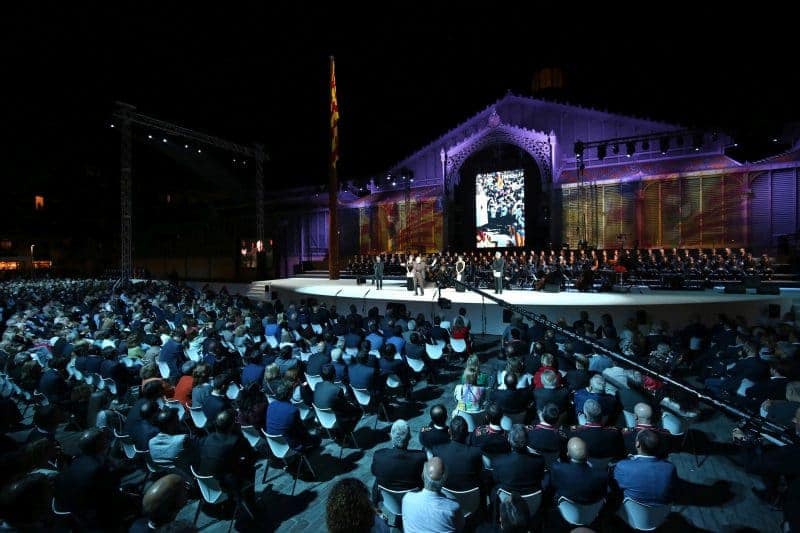 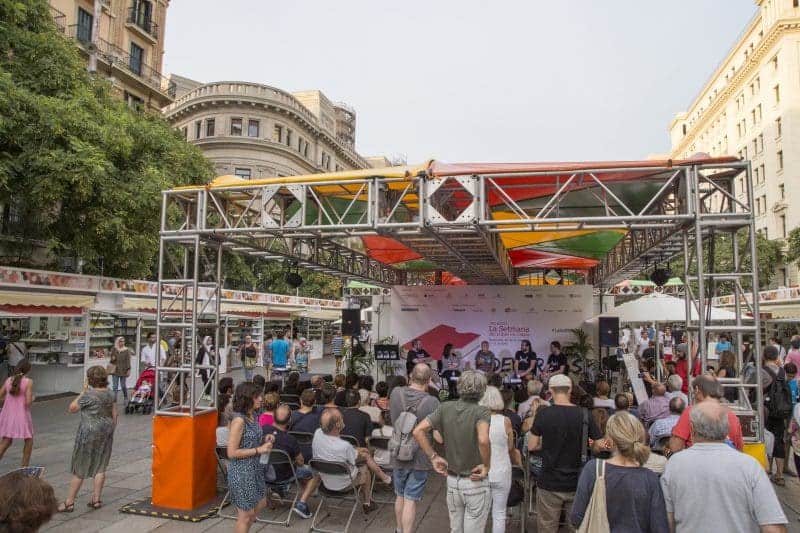 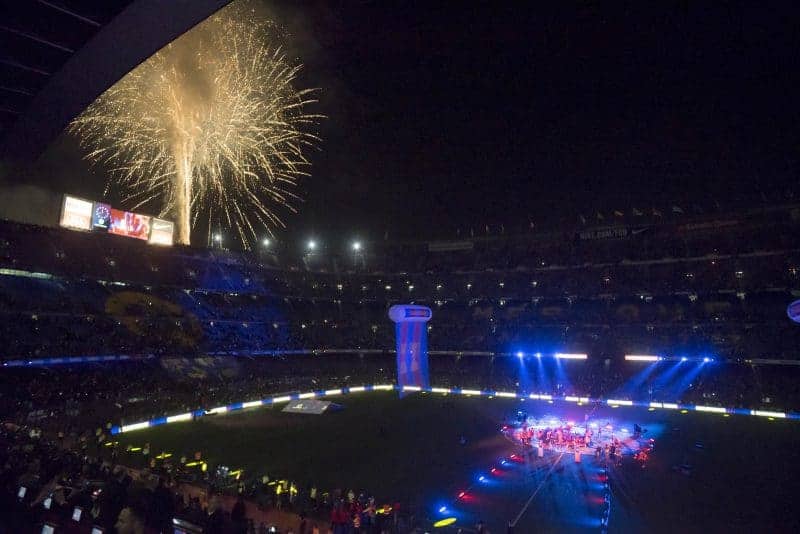